As is well known, FDA inspectors have been increasingly focusing on the GMP-compliant handling of production- related data for some time. Frequently, they find deficiencies concerning this matter in locations in Far Eastern countries.

The following frequency distribution of the Warning Letters of the FY 2016 in conjunction with "Data Integrity Issues" reflects this situation: 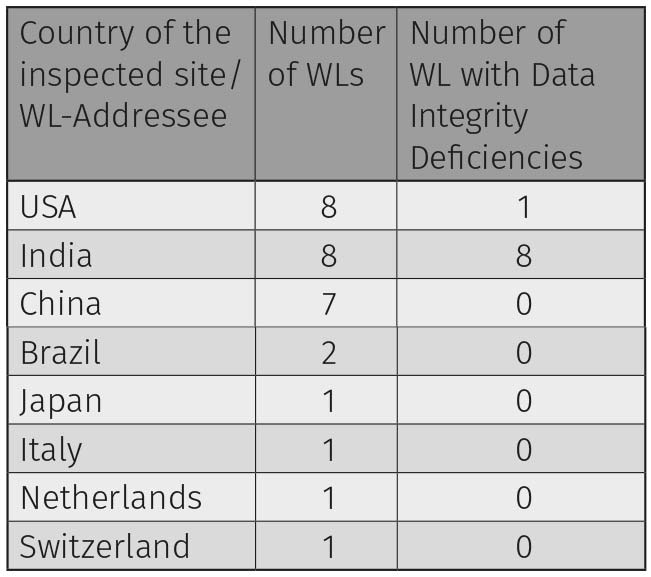 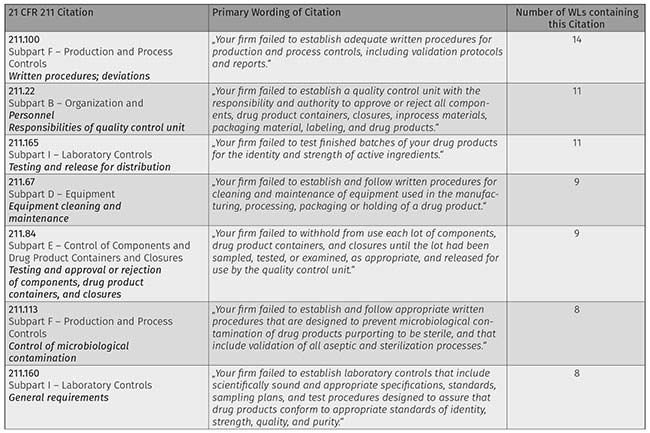 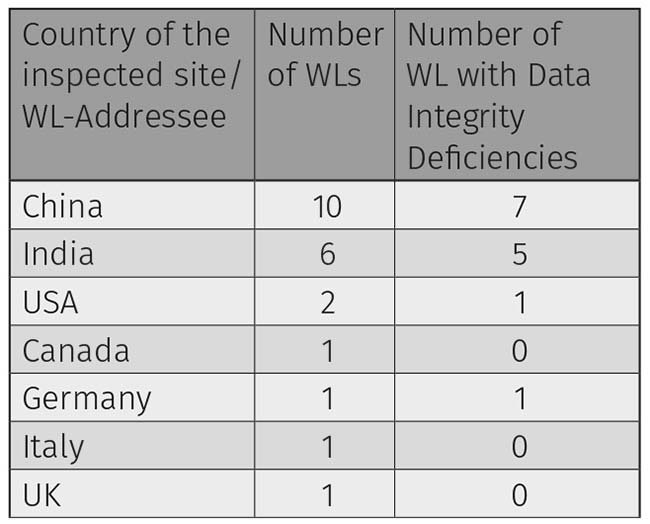 As this review shows, inspectors found  violations of data integrity requirements  especially in Chinese and Indian  companies. In most cases this was  not only a question of uncontrolled access to data storage, but often blatant  fraud in connection with the manipulation  and destruction of data.  The content breakdown of the Warning  Letters to the pharmaceutical  companies according to the most frequently  cited deficiencies results in  the following ranking of the "Top Five  Issues":  According to this table, the most common  deficiencies infringe basic GMP  requirements such as

It is first of all surprising that medicinal  products are being produced in  pharmaceutical companies without  these minimum standards, which have  been known for several decades. A  partial explanation emerges from the  fact that the proportion of Indian and  Chinese companies receiving these complaints is high. But there are also always "black sheep" among US American  and European companies, which  do not meet the minimum standards  of Good Manufacturing Practice.

As the analysis of the warning letters  of the past fiscal years shows, the focus  of the FDA is continuously shifting.  A clear trend goes towards data integrity,  mainly for API manufacturers in  India and China. But "basic GMPs" is  also a focus of most FDA inspections  again.

A detailed evaluation of the API Warning  Letters is the subject of an investigation  in a later edition of the GMP Journal.

Author:
Dr Gerhard Becker
... is Operations Director and organises and conducts courses and conferences on behalf of the ECA Academy in analytical and compliance topics.

APIC: Update of the Template for Potential Nitrosamine Contaminations
FDA Warning Letter for Colombian API manufacturer
APIC: Update of the "Cleaning Validation" Guide for APIs
Rapid Revision and Implementation of Pharmacopoeial Monographs Concerning 5 Sartan Preparations
APIC: Annual Update of the ICH Q7 "How to do" Document
Updated version of APIC's "How to do"- Document on GMPs for APIs